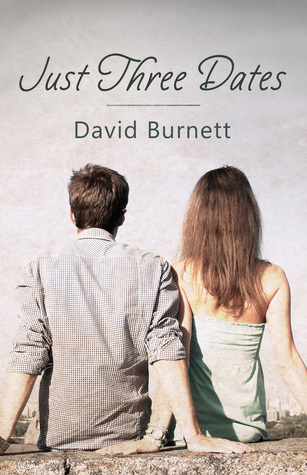 
Should you only marry for love?
Since breaking with her last boyfriend, Karen has refused to trust any man her age. For the past three years, she has not dated the same one twice, and only one in ten has received even a goodnight kiss as she turned him away. Karen is an artist. She follows her feelings, lives in a cluttered loft, and gushes over vivid sunsets.
Mark still dreams about his almost-fiancée, and his date book has been empty since he threw her out a week before he’d planned to ask for her hand. His friends call him the “Ice Man,” since he seldom smiles, especially at a woman. A math professor at the College, logic guides his behavior, he loves order, and an elegant proof is a thing of beauty.
Both Karen and Mark have all but abandoned hope of ever falling in love, and, left on their own, these opposites would never attract. So, their mothers become matchmakers, entangling them in a series of dates, extracting promises that they will go out together three times, suggesting that, in the absence of love, a “marriage of convenience” is a live option.
If you like heartwarming stories based on true-to-life behaviors, with complicated relationships and a less-than-certain outcome, you will enjoy Just Three Dates!

Goodreads / Amazon / Barnes & Noble
—
EXCERPT:
“You need a wife.”
The waiter had just refilled his glass, and, as Mark Stuart raised it to his lips, taking a deep drink of water, his mother spoke, causing Mark to gag. He plunked the glass onto the table, snatching the napkin from his lap and covering his mouth, barely preventing the liquid from spewing out. Then he lifted his head to see his mother sitting back in her chair as if prepared for a fight.
Mark’s eyes met hers. He now understood her dinner invitation, why his father had not accompanied them to the restaurant, and the reason she had chosen the Plantation House, with its tuxedoed waiters, soft music, and thirty-dollar midday entrees—a place only a woman like Elizabeth Stuart would have selected as the scene for a confrontation concerning her son’s need for a wife.
Surely, he would not make a scene, not here, not in public, not as he had each time she had broached the subject in the past.
That was, without a doubt, what his mother would be hoping.
His eyes stayed fixed on hers as he took a deep breath, internally debating his response. Mark placed his knife and fork across his plate and reached for his glass—a goblet of wine—this time, taking a long, slow sip, returning the glass to the exact spot from which he had lifted it. Then, he rested one forearm on the table and leaned forward, primed to meet his mother’s attack.
Her hand quivered and a few drops of water sloshed over the rim as she lifted her glass for a drink, but she did not look away.
“Tell me, Mother, why do I need a wife?”
He almost smiled as her head snapped up, surprise written on her face. His question was uncharacteristic. Generally, he led with a denial.
“Mark, we’ve been through this so many times.” She sighed as she reached out to pat his hand. “You need a wife to help you in your career. A college is not solely an educational institution, you’ve seen that for yourself. It’s social. It’s political. You’re a brilliant mathematician, Mark, but if you want to be a department head, or president of a university, you must do more than teach and write papers. You’ll be expected to attend parties and dinners, court donors. You’ll always be expected to bring someone with you, a date, perhaps, but preferably your wife.
“If you do need a date, well, you are twenty-nine years old and practically all of your friends are married. You’ll soon find yourself recruiting your sister to be your date.”
She held up a hand as he began to respond. “Moreover, you’ll be expected to give parties and dinners, and you know nothing about such things. You need a wife who can help you.”
She paused, apparently waiting to hear his rebuttal. It would have been one she had heard before—his assertion that teaching was a noble calling, that he was happy to have received that call, and that he had no ambitions beyond the classroom.
But Mark knew she would counter each of his arguments and the back-and-forth would continue until they both were tired and angry, neither daring to mention the woman he had almost married—the real reason he had no interest even in dating, much less in marriage.
So, today, he did not rise to her challenge. He waited.
Seeming to take his silence as agreement, his mother continued.
“You’re lonely.”
Mark shook his head.
“Yes, you are. You live alone, you dine out by yourself. You love photography, you love hiking, and they are both solitary pursuits. You depend on me, your father, and your sister to listen when you want to talk. We love to see you, Mark, but, as I said, Emily is getting married, soon she’ll be busy with a family of her own. And your father and I, we’re getting older…” She opened her arms, palms up, as though her point should be obvious. “You need a wife.”
Again, Mark did not respond. His mother smiled, a jungle cat sensing a win. Still, she pounced for the victory move. “It’s expected, Mark. People will think something is wrong with you if you aren’t married.”
“You’re afraid they’ll think I’m gay?”
“If they thought that, it might be different, but you’re not,” his mother rolled her eyes, “so they will think you’re weird, or antisocial, or that you’re so disgusting no one will have you. Mark, you need a wife.”
Argument was pointless. His mother’s mind was made up and, knowing her, she had a plan of some kind, a plan he might as well hear now. In any case, he had not even dated in over three years so agreeing with her would not send him hurtling toward the altar.
“You may be right.”

Author Bio:
David Burnett lives near Charleston, South Carolina, where he walks on the beach almost every day and photographs the ocean, the sea birds, and the marshes that he loves. Three of his four books are set in Charleston, and he has always enjoyed the Carolina beaches.
David enjoys photography and has photographed subjects as varied as prehistoric ruins on the islands of Scotland, star trails, sea gulls, and a Native American powwow. He and his wife have traveled widely in the United States and the United Kingdom. During trips to Scotland, they visited Crathes Castle, the ancestral home of the Burnett family near Aberdeen, and Kismul Castle on the Isle of Barra, the home of his McNeil ancestors.
He reports that he went to school for much longer than he wants to admit, and he has graduate degrees in psychology and education. He and his wife have two children and a blue-eyed cat named Bonnie.