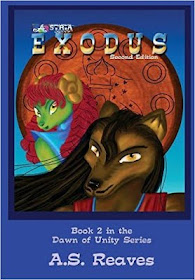 With the Astrians disappearance and their home, the Spectrums, destroyed; the planet of Zanali no longer has its angelic protectors. Now that SIN is allowed to run rampant and free, those who dwell on this planet watch as their people and land become corrupted by its temptation. Temptation, the beast that serves as a walking energy source for SIN, grows stronger everyday with seemingly no opposition. But is that really the case? Hope may lie in a single woman, drawn to search for an ancient relic she isn’t sure exists; and a shunned princess whose curse could very well be a divine blessing in disguise. Meanwhile, Dymona becomes the council’s next target as she struggles to try and free Ambrose from their hands, and learn the secret behind their actions.  Could the unexpected help from an otherwise cold-hearted ruler be the key to setting them both free? Is he the answer to her long-standing prayer?

“I think Zephyrus has become obsessed.” Said Dymona long after he’d gone. “He’s had a vendetta against that serenda girl and now has taken to trying to kill you.”
Alex laughed, holding his side. “Glad I’m that important to someone.” He led her out to the shore, kneeling to dip his hands into the water, to partake of the cool liquid. “So what did he mean by the ‘you will end up just like Ambrose’ bit?” He could feel some of his strength returning.
She narrowed her eyes. “Apparently, our council has deemed a fellow zavi a threat, for some unknown reason, and locked him away in the dungeons.” She folded her arms. “Since he was really the only person I’ve ever confided in, I felt obligated to try and break him out,” she continued, trying to make it sound as if there were no weird feelings surrounding her intentions. “Now I’ve been made just as much a target as he has and been sent on a mission they are hoping I don’t come back from alive.”
Alex sipped more of the ocean water from his hands. “I thought you were already a traitor.”
“I am. But they left me alone until I tried to break him free.” She sighed. “Whatever it is he found out, The Council is really trying to keep it from being exposed.”
Alex thought about this for a while, as he kneeled there, staring far out across the ocean. He thought about his current situation, as well as Dymona’s. He thought about his wife, and how tired he was of being her doormat. He wanted to be free. He wanted to be himself. He no longer wanted to be defined by his ancestors. He felt strange; as his eyes scanned the horizon, he felt a silent urge, like a small, still voice, that wanted him to help her. He weighed his options, but the still voice touched his heart and a warmth filled his body. He wasn’t sure if it was The Exalted One or not, but decided to take a chance. He turned to Dymona and grinned. “How about we really stir things up then?”
“What do you mean?” Dymona raised a brow suspiciously.
Alex disappeared into the shadows and then reappeared right behind Dymona, whispering in her ear “Let’s break him out.”
Dymona screamed, jumping away from him and staring, “What are you doing?! Are you crazy?!”
Alex laughed more. “Crazy? Yes.” He showed his fangs, “Always have been.” He took a few steps closer to her, “Let’s be crazy together. What have you got to lose?”
Dymona still looked at him suspiciously. “Why do you want to help me all of a sudden?” Her hands hugged her hips. “Besides, you are in no condition to do anything.”
Alex shrugged with a maniacal grin. “Didn’t you say one becomes irrational once madness sets in?”
She pointed at him. “That’s only for zavi. Anger and rage tend to do that.”
“As a sentinel, we are taught not to let the wounds of the body prevent us from doing what needs to be done.” He glanced at her.
“What about the wounds in your brain?!” she flailed. “What do you really want?”

Amanda S. Reaves is an artist, writer, choreographer and most importantly, a woman of God. She has been actively empowering others through her liturgical dance ministry. She is also active in multiple other ministries in her home church, Victory Outreach. Ms. Reaves has made it her goal to reach lives for God through her Christian novel series, Astria Legends: "the world of Living Breathing Color" which is geared towards teens and adults. Her company of the same name, takes the series to new levels through dance, poetry, music, motivational speaking and much more. She is a native of Louisiana, and an alumnus of Southern University, who now resides in Fort Worth TX. 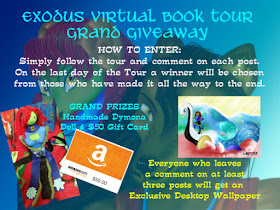