Fate was a fickle bitch. Or at least that’s how Zoey Morgan saw it. As a witch old enough to know better, yet too sexy for any man to resist, she was tired of running. From her past. From the pain. But especially from her worst nightmare. Not being able to save her family from the clutches of a great evil.
Unfortunately, she’d been doing it so long, she wasn’t sure how to stop.
That was until an ex-military wolf-shifter crossed her path.
But to say Ryan Taylor was a jaded breed of his own would be quite the understatement. It seemed his past, too, was riddled with enough cynicism to make trusting a gal like Zoey a difficult feat. Still, his innate drive to protect an innocent was as intrinsic as the act of breathing, which made leaving her to face her demons alone harder than any covert mission.
Their fiery mutual attraction didn’t help, and it wasn’t long before the sparks and fur began to fly, all while Zoey’s past continued to hunt her. With no choice left but to combine military with magic, the two work together to take down Zoey’s nemesis, finally, once and for all. 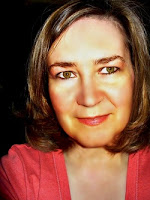 Hope:
Hope grew up in a small resort area in Michigan where she and her husband still live today. As the third child of four, she had an exhaustive imagination. From straddling the back porch railing as a wild cowgirl, to saving the world as Wonder Woman complete with homemade bullet stopping bracelets, she was always taking what she read and making it as real as she could.

Love of reading began at an early age, due to a first grade teacher living next door, and her own father reading bible stories to her before bed each night. It was cemented in elementary when she discovered scholastic books, specifically Marguerite Henry’s Misty of Chincoteague. Her love of horses and reading has never diminished, even after her husband took her to Chincoteague Island for their honeymoon. She has penned several short stories and authored a newsletter for a past employer, as well as establishing a book/movie based program for local Girl Scouts.

Finding her a true comrade in Alicia Dawn (we swear our husbands are brothers from different mothers), Hope forged on an adventure in Role Playing that continued to feed her imagination till it  become a living thing. With Alicia’s encouragement, they turned their friendship into a writing partnership that will last well beyond the Magical Forces series.

The mother of two daughters, she has always tried to instill the love of reading into their lives. As such, her youngest makes monthly trips to the local library’s book sale to look for her favorites, and help her mother find treasures of her own, much to her father’s dismay. With a new grandson, she continues to instill the love of reading into her grandson’s life sharing treasured stories. 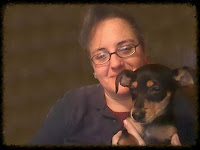 Alicia:
Your average 9-5 workalcoholic that took care of every day business. After 10 long years of having no life, outside of home and work, she found Facebook as so many others had. Always having the passion, since she was in the fourth grade, to read and write, she got drawn into the Role Playing world. Living, via roleplay, a place where stories picked up and continued on even after the book was done. This was a whole new world.
Loving that the stories, she had devoured and loved to read were now never ending. She became captivated by all the tales that others with the same passion created, and Role Played out on Facebook. Getting drawn into something that she had never done before, but always in back of her mind wished she could do, Alicia started Role Playing on Facebook in 2010, meeting Nikita Jakz along the way, and many other fascinating people.
After a year, she decided to be an adventurist and create her own characters. Not unlike what all authors do, when creating those awesome books that she had coveted and devoured when they came out. Joining a group of independent writers. A lot of voices were yearning to be wrote and she got busy working on letting them out!
With four books self-published in paranormal and one in young adult, she is working on a new paranormal series with writing partner Hope Daniels. Soon to be released, on December 12th, 2015. Book one of "The Magical Forces Series" Hell In Heels. 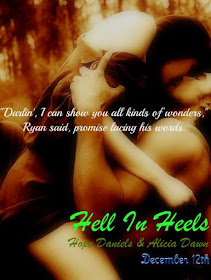